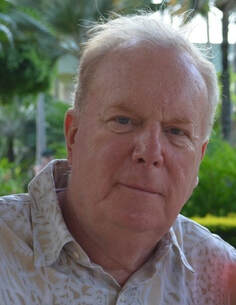 Jay was the loyal son of John Francis Sr. and Anne Marie Sawyer.  The oldest of eight siblings, he was survived in death by his brothers Thomas (Joan), Michael (Eileen), James (Kathy) and Charles (Rita) Sawyer.  He was the loving brother-in-law to Michael (Jean) Napoli, Carol (Rocky) D’Antonio; Charles (Diane) Napoli, Maryann (Thomas) McCauley, Linda Sawyer and Ted Czyzewski.  He was preceded in death by his brother William Sawyer; his sisters Ann Marie Sawyer and Eva Marie Czyzewski; and in-laws Rita and James Yankauskas.  With such a large immediate family, Jay leaves behind numerous nieces and nephews.

Jay was raised in both West and Southwest Philadelphia.  He attended various catholic elementary schools and graduated from West Catholic High School for Boys in 1959.  Shortly after, he joined the City of Philadelphia’s Fire Department as one of its youngest members.  A few years later, he was called to serve his country in Korea.  He was honorably discharged in late 1965 and resumed his public service career.  He soon met his love,
Carmela Napoli, and were wed in the fall 1968.  His family grew over the next few years with the birth of their two sons, John III and David.

After settling in the Overbrook Park section of Philadelphia, he continued to give back to the community he lived.  He impacted many youth as he coached and mentored at the local, elementary, and high school levels.  When his years of coaching finished, you could always find him in the bleachers or running the sidelines.  He was active in his church community.  If there was something to be done, he offered to volunteer; if there was a family member in need, he visited without being asked; and if there was a friend in need, he always made time.

In 1987, Jay’s career was cut short, at the young age of 46.  He was diagnosed with a heart condition that had only previously appeared on autopsies.  He soon underwent the first of many cardiac procedures which led to an early retirement.

After nearly thirty years in the same house, they sold and moved to West Chester.  There he found new ways to give back by developing and fostering friendships with members of the Goshen Fire Company.  It is clear there is a special bond and connection that only a firefighter can know.  His volunteerism was recognized when Jay was presented with the President’s Award at their annual banquet in 2008.  For over thirty years, he also gave back to his alma mater, West Catholic, serving on the Alumni Association’s Executive Board for many years.  He helped coordinate the annual Communion Breakfast and ‘Burrs at the Beach’ events.  If you knew Jay, he preferred to operate behind the scenes, never seeking acclimation; however, his service was publicly recognized on a two notable occasions.  The first was in 2007 when he was inducted into the West Catholic High School Hall of Fame.  In 2009, he was named recipient of the Golden Burr Award, given to one member from the 50th reunion class for his community impact, lifelong dedication and loyalty to the West Catholic Alumni Association.

Jay’s greatest joy was spending time with family and friends, of which he had many.  You only had to meet him once, for him to forever call you “his friend”.  Being blessed with a big family, he understood his role as the oldest and earned the respect of his siblings.  Some of his fondest memories were the large annual Sawyer gatherings for Easter, Thanksgiving and Christmas.  He was proud of his family and would take every chance he had to tell someone about them.  When grandkids came along, he cherished every second he had with them.

Although Jay was a man of few words, his presence was felt wherever he went.  His name and legacy will forever be associated with public service.  Whether it was protecting the community, defending his country or supporting his family, his individual needs always came a distant second.

For the last 52 years, he was the loving and dedicated husband to Carmela; the proud father to his oldest son John Francis Sawyer III and wife Leona (Massi); and his youngest son David Joseph Sawyer and wife Lisa (Gardetto).  For the last two decades, he was the insufferably proud grandfather to John (“Johnny”) F. Sawyer IV, Joseph, Emerson and Peyton.